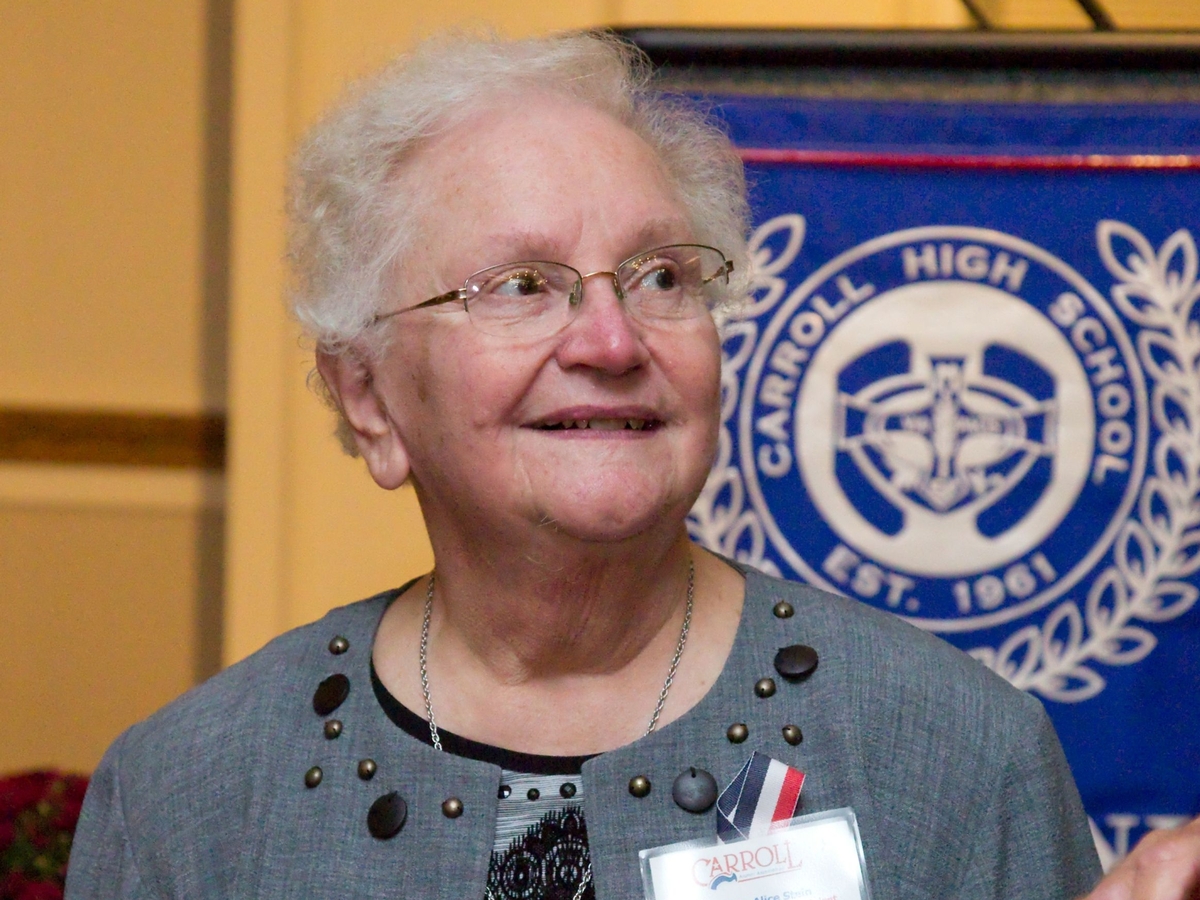 While that sentence may be politically incorrect, it is concise, descriptive, and free of spelling and grammatical errors.  And that sums up most of what I learned in Sister Mary Alice’s journalism class.

Sister Mary Alice Stein, known affectionately by her initials as “SMAS” (but never addressed by that name) provided my best training as a writer during my junior year in high school.  All of our articles had to be typed on an 8x10 sheet of paper folded in half; we typed on one side; she then unfolded the paper and wrote her comments on the other side in red ink.  She graded on a scale of 1 to 10, and she was proud that she’d given only one “10” in her entire career, always reminding us the young woman who received it became a reporter, justifying her perfect grade.  I wanted to be the second person to score a perfect “10”.

My first attempts were met with a sea of red ink regarding style (lack of), grammar (incorrect), and a general absence of enthusiasm about the entire piece.  I went to work dressing up my leads, inverting my pyramids, and rewriting things several times before submitting them.

Desperate to show progress, I once wrestled with a sentence to get my point across and ensure it was grammatically correct.  When I was confident it met both goals, I submitted my piece.  When she returned it, I had once again failed to get a “10”, and the sentence I struggled with was indeed correct but marked in red pen as “awkward.” My face turned red with embarrassment, matching the editing marks.

Sister Mary Alice was always kind and restrained when explaining her edits.  She had a way of engaging students that was cordial and entertaining but left no doubt that she was in charge.  I took her advice to heart, and over time, my writing and grades improved to the 9.0 level with an occasional 9.5 or higher.  I was honored to be named one of the editors my senior year.

My first job after college had me reading memos and reviewing resumes, and misspelled words and mangled sentences ruled the day.  Technological advances not only increased the garbled writing, it made messages longer.  Word processors and email increased the length of messages, allowing writers to use more words to say less since there was no longer a piece of paper edging out of the typewriter to suggest it might be time to stop.

This unlimited length wasted a lot of time and money in deciphering the original sender’s meaning and intent, resulting in an electronic snowstorm of “reply all” messages.  It spawned the acronym “BLUF”, (Bottom Line Up Front), but it failed to get writers to state a point early — or sometimes ever.

I was already placing the most critical information at the top, just as Sister Mary Alice taught me.  It paid off handsomely.

I never did get the “10” I wanted.  During my career, I have published a number of articles as a freelancer, have gotten paid for my writing, and have also been able to get donations, jobs, and compensation for complaints (mostly from airlines) from my ability to write well.  That’s worth a lot more than a “10.”

Tags: Class of 1975, English
Posted in Familiar Voices
Cheryl McHenry says:
Nice article, John, and so true--it's so important to write well and very frustrating to try to interpret bad writing or improper grammar! By the way, I don't think I'm the reporter who got a "10," but I really don't remember! Cheryl
Debbie Miller Madden says:
I too remember Sr. Mary Alice well! Her laughter and smiles! She and Sr. Ann Kenneth took a few of us girls from class of 1970 ,befriending us and showing us camaraderie among women. We loved them both!. Good memories!
St. Pat's Fest