Alumni in the Military /

Carroll Alumni Patriots in the Military

Please accept our deepest apology if a mistake has been made or if someone is missing from this list. You may communicate the error to Julie Weitz at (937) 253-8188, ext. 339, or email jweitz@carrollhs.org.

May God bless those who are currently serving in the military!  In addition, let us remember all those who have served in the past - thank you for your sacrifice!

Richard Fisher ’66: retired from US Navy as an officer

David Chilbert ’70: served 4 years in the US Marines and also served in the US Army

Ronald Carpinella '86: Deployed in Afghanistan at CJTF Paladin in Bagram. Paladin is ISAF's Counter-IED and EOD mission in Afghanistan. Ron is the Command PAO.

Katherine (Clemens) Cyphers ’91: retired from US Marine Corps with 21.5 years of service

Patrick James Saltsman, SFC '93: US Army, deployed in Iraq, on his fourth tour

Sean M. Caldwell ’94: Staff Sergeant, US Army; US State Department Escort Technician for Explosive Ordnance Disposal based out of Ft. Benning, GA; has served 3 tours in Iraq and 2 tours in Afghanistan, and numerous missions escorting US and Foreign dignitaries around the world as an EOD technician.

Capt. Matthew Fichtner ’01: US Marine Corps, stationed at Camp Pendleton in Oceanside, California and flying the AH-1W Super Cobra; deployed to Afghanistan in 2009

Andy Meyers ’01: US Army; served in Iraq on his second duty

Major Joe Kluesner '02: US Air Force; stationed at Travis AFB as an Endocrinologist.  After graduating from Truman State University with a Bachelors, Joe became active duty in the Air Force in 2007 and attended the Uniformed Services University (the military's medical school). He graduated with his medical degree in 2011 and completed his residency in Internal Medicine at Wright Patterson Air Force Base.

Casey C. Miller '02: US Air Force cyber warrior; returned in 2017 from a short deployment to the Middle East.

Ashley Peeden '02: US Navy since Sept 2002; served overseas in the Middle East (Bahrain)

John D. Di Nino ’05 was commissioned in May 2009 as an Ensign in the Coast Guard after graduating from the Coast Guard Academy on May 20, 2009. Stationed at Portsmouth, NH on the USG Cutter Tahoma.

Dwight Stout ’05: served in Iraq; E-5 in the USN; Homeported out of Little Creek Amphibious Base, Virginia

Hannah (Niday) Kramer '06: Lieutenant Junior Grade in the United States Public Health Service stationed as a nurse in a federal prison and on call two months out of the year to be deployed for natural/man-made disasters.

Steve Dull '12: US Navy; graduated from the Naval Academy; training to become a Navy Seal

Taylor O'Neil '12: US Air Force
Peter Wallace ‘12: US Army; one tour to the Middle East in support of OSS/OIR

Jackson Book '15 - US Marines; one six month tour in Iraq 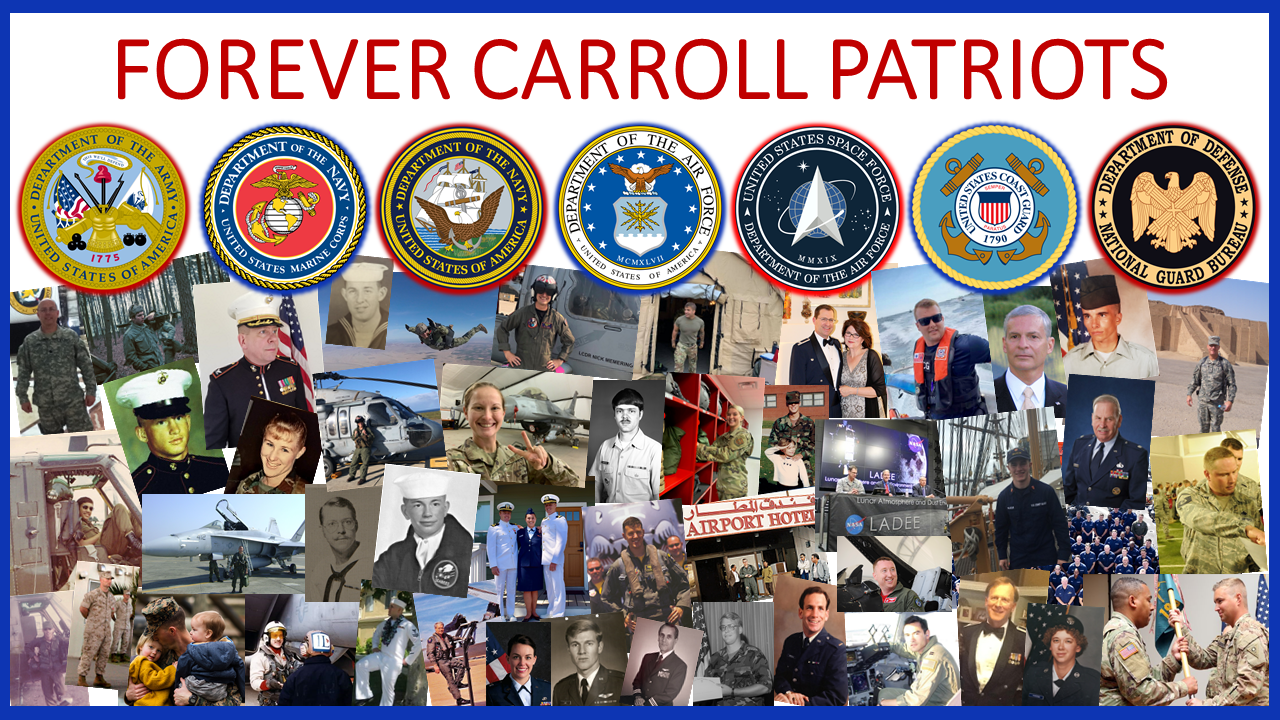