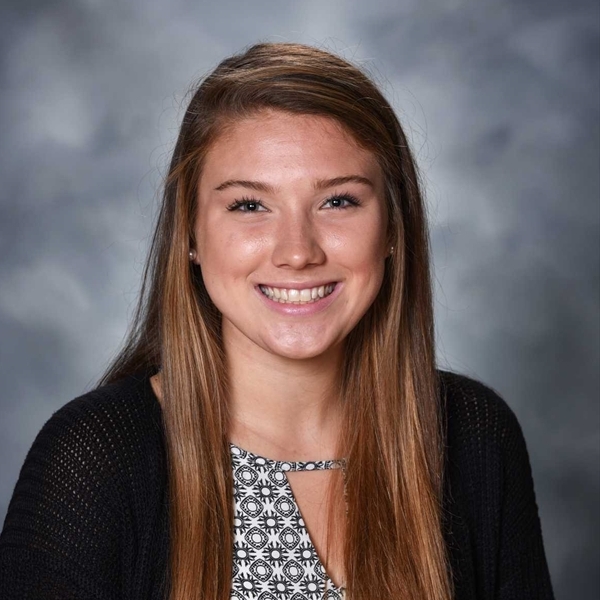 As the first quarter wraps up, Carroll is onto the next quarter and new events. The fall sports are ready for tournament time, winter sport tryouts are just around the corner, and the Marching Patriots are preparing for their  regional and national championship competitions coming up in November. Looking a little deeper into the House System, Family Rooms are busy with a number of activities. This week I talked with Trent Fox '20, captain of Family Room 202. Let’s take a look at how they are spending their time throughout the week. 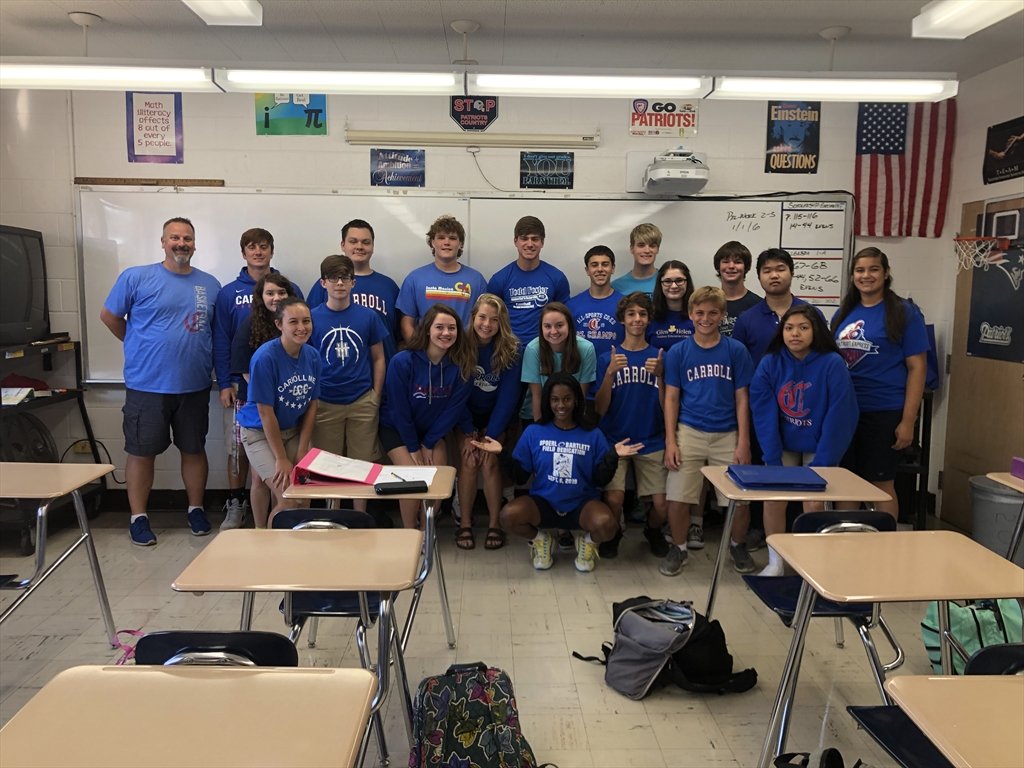 With a competition coming up in the next few months and the kick off of the second quarter, these students are busy. When I asked Trent what he would be doing with his Family Room this week, he gave me a run down.  “On Monday, I showed my room our theme song for the Lip Sync competition," Fox said.  "Then, I asked if anyone in my room would like to play major roles”. With this discussion, ideas for our dance began to light up in students' heads.  “On Thursday, the entire Charity House will head to the gym to begin organizing our plans for the Lip Sync. There are a number of roles and groups that students will pick to be in or be a part of!”

Although Tuesdays are dedicated solely to academics, students’ studies and classwork is often discussed throughout the week. With the end of quarter one approaching, these students focused on their studies and completing assignments for their courses.

On Friday, Trent’s Family Room is playing Food March Madness. Trent described the game by saying, “In this game, rather than there being teams competing, food will be competing. Whichever food ends up in the Champion spot, I will bring in later next week.”

The importance of family is greatly emphasized throughout Carroll. “I see Family Room as a time where you can get closer to other people in all grade levels. You build a relationship with people you probably would not have talked to otherwise,” Fox said. Every student feels a sense of comfort with the bonds built in their Family Rooms. That is the goal of the House System and magic of Family Room! 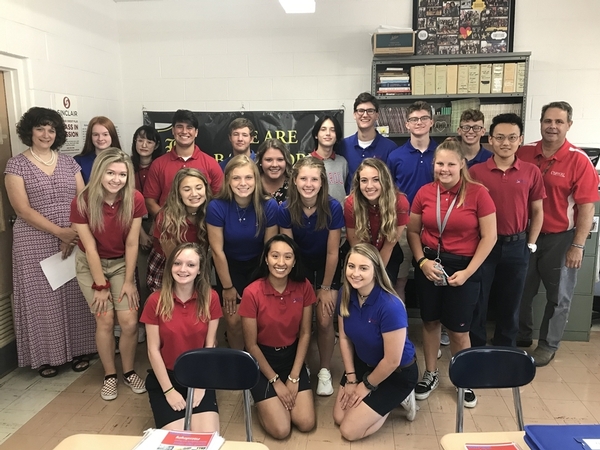 When asked what his favorite activity in Family Room this week was, Ryan said “My favorite thing was probably playing two truths and a lie just to get to know everyone, and get to know more about their personal lives.”

Small activities such as two truths and a lie are very helpful in Family Room during the early part of the school year, in order for all of the classes to get to know each other, and truly become the ‘Family Room’ that we strive for. When looking at getting to know each other, the most important group to take into account is the freshmen. Bringing them into the fold and allowing them to express themselves and participate is a great way to be inclusive. Ryan also had insights on this. “We’re planning on incorporating the freshmen and having different Family Room rules, we’re doing a lot of birthday activities and different games to get them accustomed to Carroll.”

Family Room is a tool to broaden our horizons, and to expand our group of friends.

But Family Room isn’t only for the freshmen. The entire point of a Family Room is to incorporate students from all grade levels and allow them to help each other and become a family of sorts. When a student is placed into a Family Room, they stay there for their entire high school career, so the people in that room should be a family to them, and they should allow the new students that come in after them to participate in this same family feeling that they were able to experience.

Family room allows everyone to be included. It is a true family, and after four years, it should impact the student for the better. The entire focus of Family Room is based on inclusion, but everyone likes something different about it. Here’s what Ryan says is his favorite part: “My favorite thing about family room is just getting to interact with people from different grades, people I don’t see normally in my classes.”

And that really is the whole point. Family Room is a tool to broaden our horizons, and to expand our group of friends. Family room truly is the definition of family. 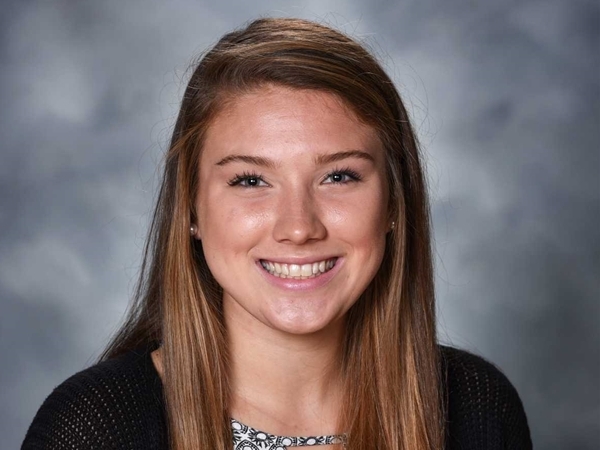 At the beginning of the new year, we try to focus on acclimating the freshmen to their new school and making them feel as welcome as possible. But, Family Room is for all grades. We hone in on helping each other out with various subjects, issues and becoming a small family.  I asked Sean McKitrick '23 about his favorite part of in Family Room so far.

“My favorite thing was playing the games and activities," McKitrick said. "They were fun, and I got the opportunity to learn more about my fellow classmates.” 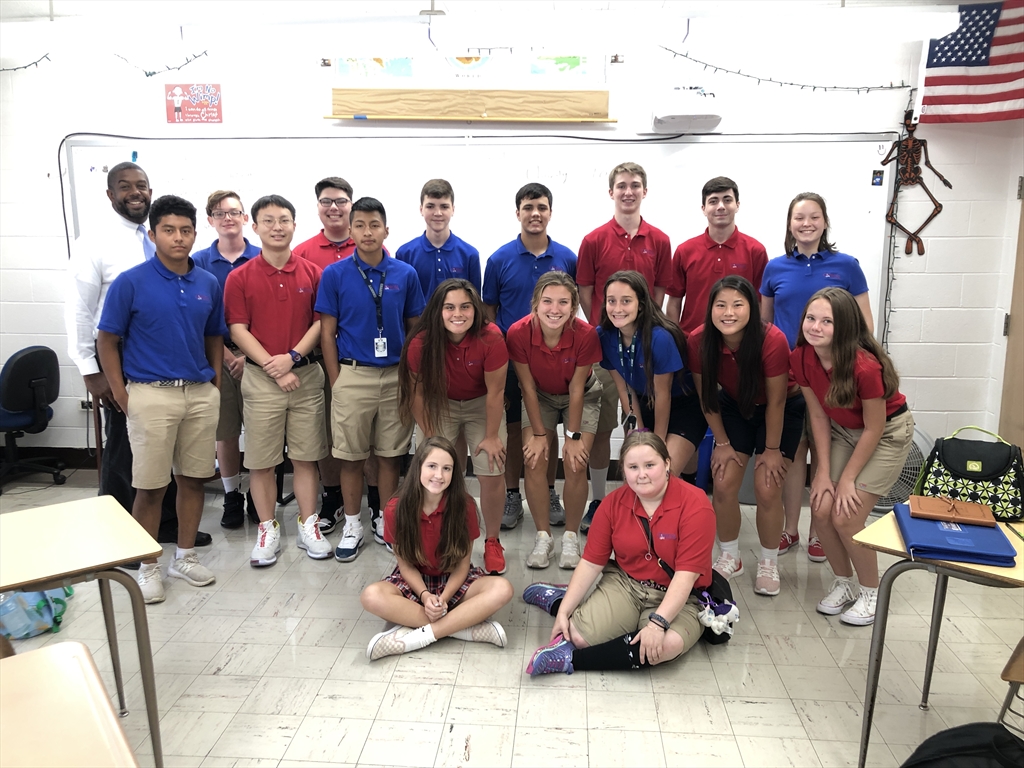 For this second week of school, my Family Room has been preparing for the first House Event of the year: a cheer competition. On Monday, the captains taught the students our Charity House cheers in Family Rooms. On Tuesday, the entire House met in the Auxiliary Gym and practiced as a whole. I assigned specific tasks like making signs, finding noise makers, gathering head gear, and painting to each Family Room to accomplish by Friday. Thursday, my Family Room brought together our ideas about how we want to decorate our poster signs. On Friday, a couple of students went outside to begin spray painting while the other students stayed inside to practice cheers.

I would say we are feeling pretty confident about our cheers! Next week, we plan on wrapping up our signs and final touches to our cheers. Before we know it, all the Houses will be taking the field for the competition. 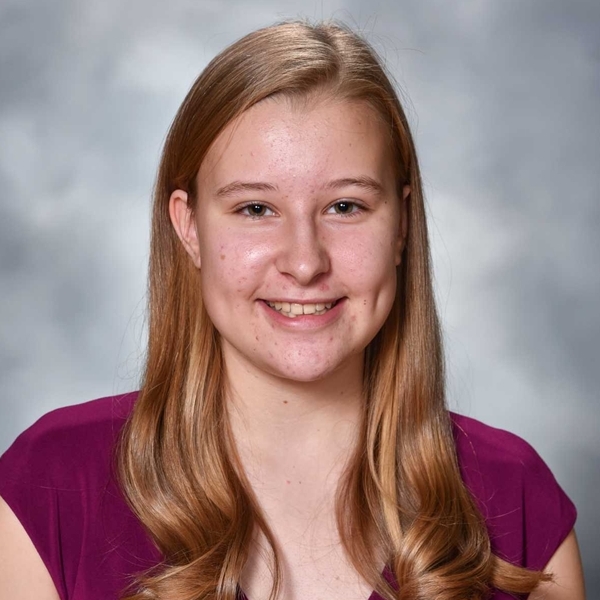 As the day of the cheer competition drew nearer, Gonzaga Family Room 312 was busily preparing for the first house event of the school year. Members of our family room joined the rest of the house to practice the cheer on Tuesday, and we sounded really good. On Thursday, Donna Lawhorn ‘21, Casey Walsh ‘22 and other members of Family Room 312 finished painting the signs for our cheer which spelled out “G-O-N-Z-A-G-A”. The buzz around the competition continued to grow on Friday, and when we met in our family room that afternoon, we put on face paint, glitter, and hair ribbons, provided by our dean and family room teacher Ms. O’Malley, to show our Gonzaga spirit.

We got out to the field for the competition with the rest of our house. We were the first house to perform and were super hyped. I encouraged all of our Family Room to cheer as loud and enthusiastically as they could because everyone participating was going to make our cheer one hundred times better. Family Room 312 took my words to heart and rocked it along with the rest of Gonzaga. 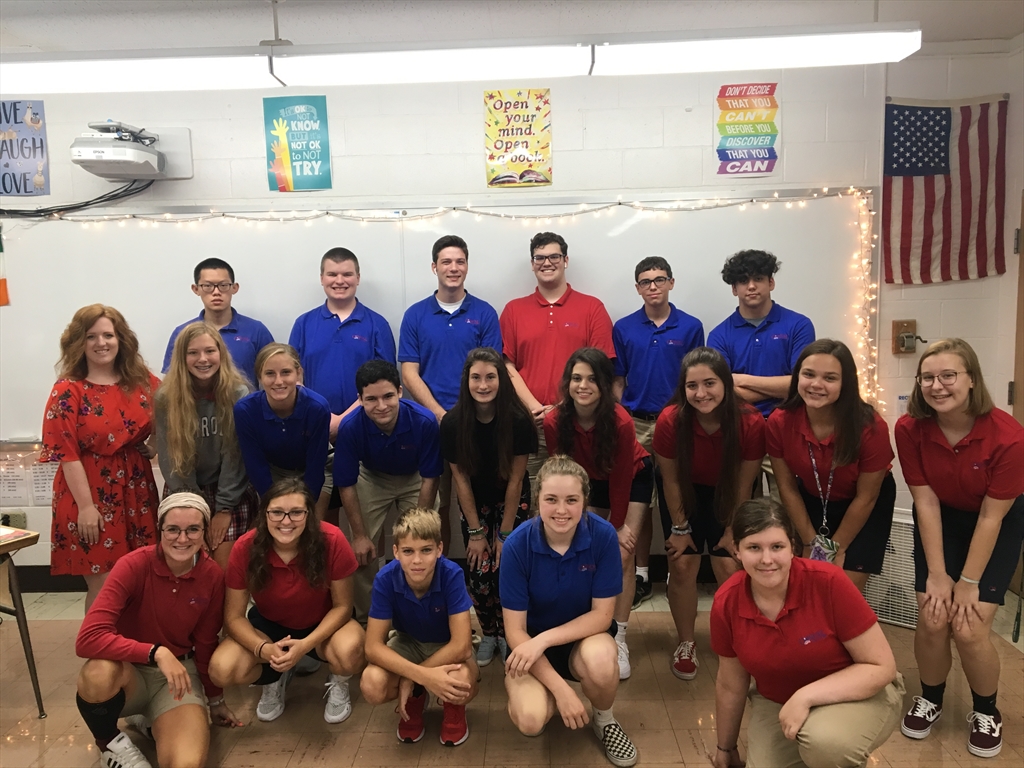 After performing, I talked to members of our family room Chris Ruetschle ‘23 and Izzy Ramby ‘21. Chris told me that getting loud and involved for the cheer made the competition much more enjoyable, especially since everyone was cheering together and no one felt singled out or embarrassed. Izzy said that our cheer sounded very strong and organized and definitely in the running for first place.

Gonzaga claimed fifth place for the cheer competition. Although we hoped for a higher finish in the standings, I can attest that our family room had fun with this competition. Everyone got involved, and we got to know each other better through working together and practicing with each other. Family Room 312 also agreed that the cheer competition was a great way to set the tone for the football game that night. 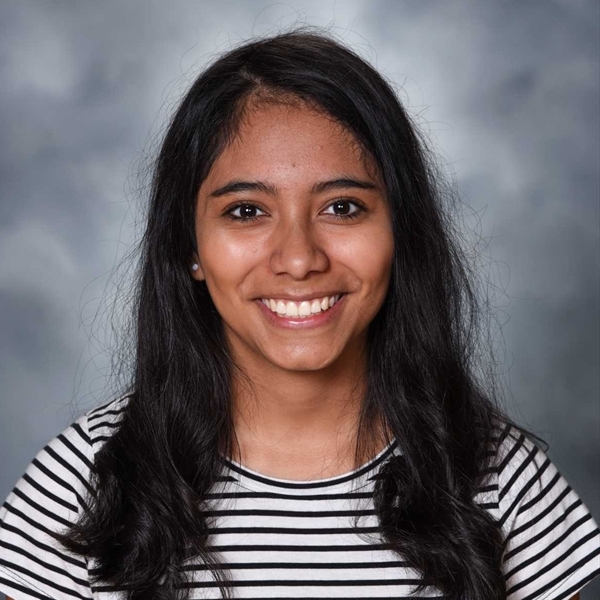 Every new school year means a lot when it comes to the House System. It means a new beginning for the incoming freshmen, transfer students, and the House Captains. I asked Nayeli Torres ‘21 about her favorite things in Family Room so far and what she looks forward to this year.

Nayeli said, “I enjoyed playing the get to know you games and having a day of making friendship bracelets.” She also said, “I look forward to the birthday treats and getting to go outside to play games.” 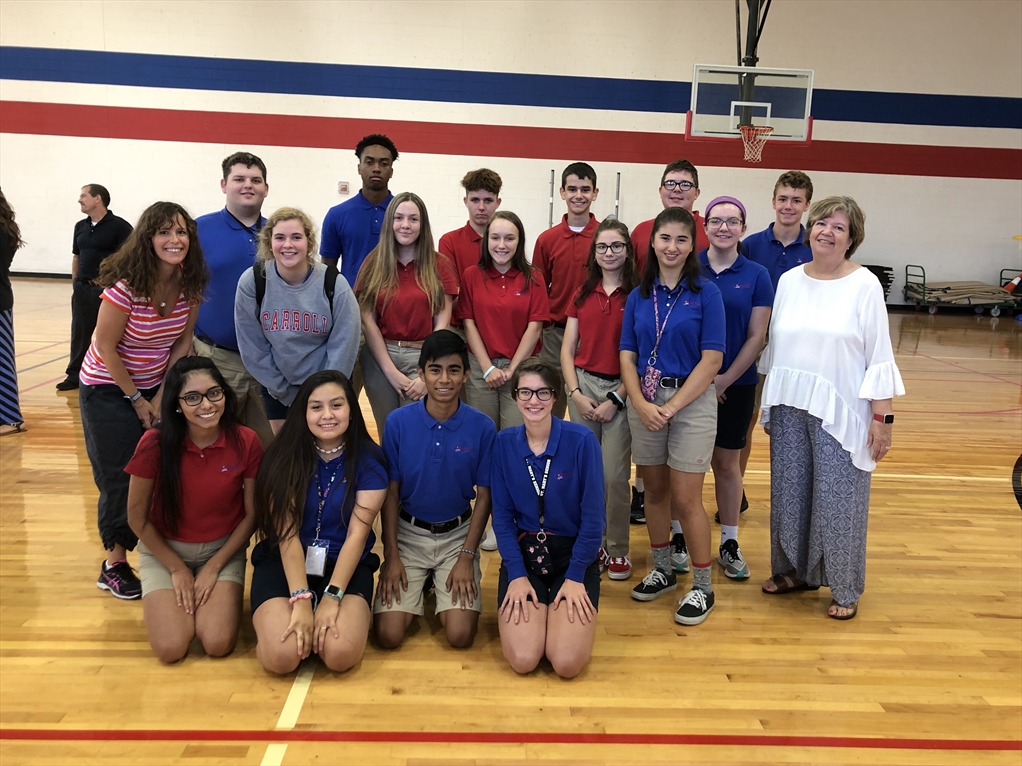 During the first couple weeks of school, the freshman get introduced to their Family Rooms and their new start at Carroll. The House System is a very important thing because it makes all grade levels connect together and make the freshmen feel welcome and at home. Family Rooms do not only focus on making you feel welcome, they also focus on other important things like academics. Having different grades in family is definitely an advantage because you get help from other students and hear about their experiences at Carroll. Every Tuesday is academic day, and this week was our very first one. This really does help the students because if they don’t have a study hall, it gives them a little extra time to get started on some homework.

I definitely think that this year will be filled with a lot of fun and exciting things. After competing in our first big House Event and seeing all the great new people in family room, St. Mary’s will have a lot to look forward to! 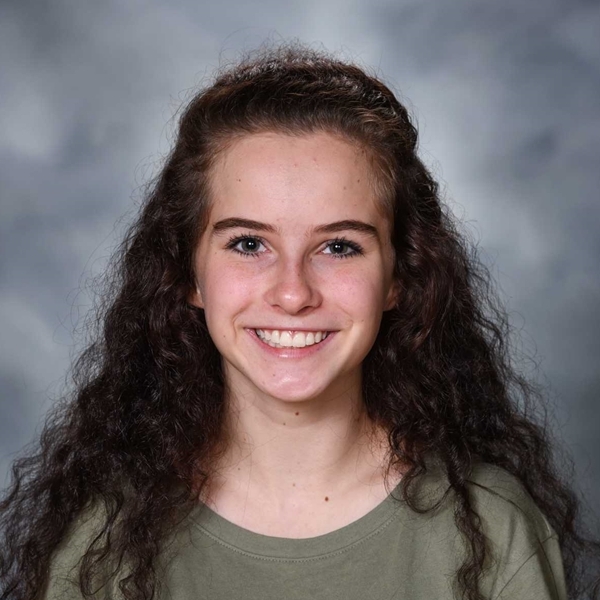 Hello everyone! This week has been an exciting week for the Carroll Patriots, especially for Family Room 210. Lead by religion teacher Mr. Brun and captains Abby Bertke and Jc Copley, Family Room 210 participated in Homecoming Spirit Week with gusto. Monday was pajama day, and most everyone showed up in their comfiest PJs. Monday was also the day that Family Rooms voted on their choice of song for the second House Event, which is the lip sync done every year.  Music videos were shown during this time and Family Room 210 had a dance party to go with it. It was very entertaining watching Mr. Brun dance! 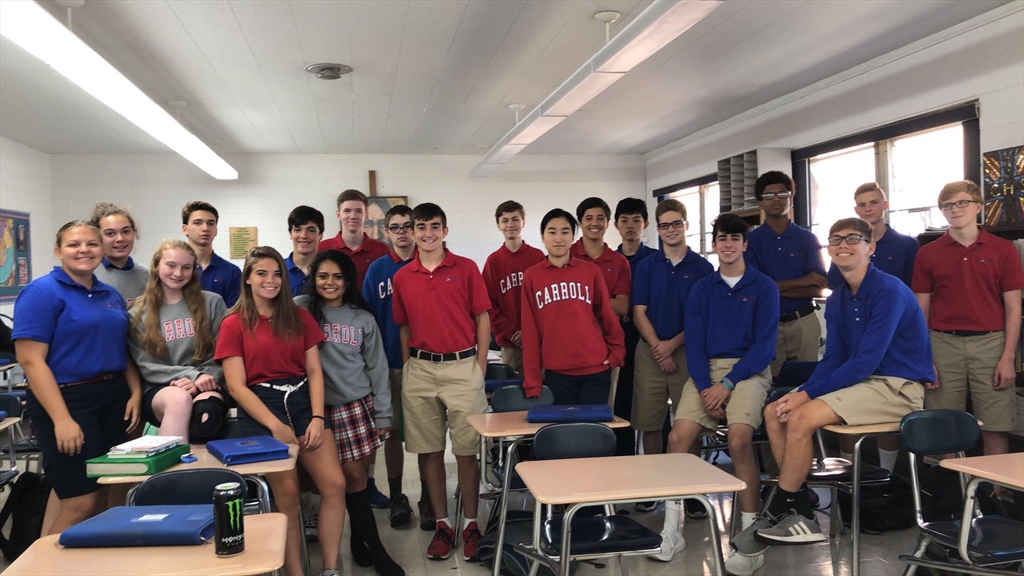 Tuesday was Family Room Color-Coordination Day, in which the Family Room picked what color shirts they wanted to wear on that day. It was a difficult choice for us, but we narrowed it down to three colors and eventually chose white. Tuesday also happens to be Academic Day, so most students were busy studying and doing homework during this time. Wednesday’s theme was 80s-90s Day, and seeing everyone's costumes was like a blast from the past! Thursday was Red, White, and Blue Day, and everyone in Family Room 210 was decked out in Carroll Spirit. The seniors and drama students left Family Room at this time to be a part of the Harlem Globetrotters' commercial. Because the captains of the room were gone, Kenny Shahady '21 took charge and coordinated a game for the room to play. Friday's theme was Tropical, which perfectly matched the Homecoming theme Aloha. The khaki’s and button up tropical patterned shirts were a sight to see! A Pep Rally also took place on Friday, ending up with the Seniors winning the Spirit Stick. Go Pats!