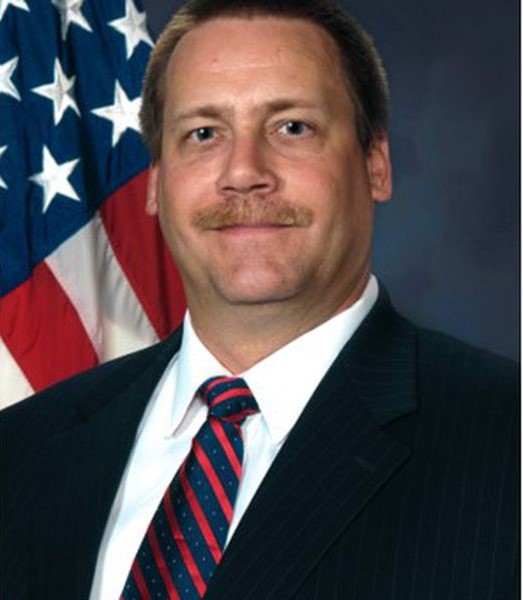 The Society of American Military Engineers honored two individuals from Wright-Patterson Air Force Base during a ceremony held virtually Sept. 16. They are Randall Parker, director of the Air Force Installation and Mission Support Center’s Detachment 6, and David Perkins, director of the 88th Air Base Wing Strategic Initiatives Office.

“He stands apart for his passion in mentoring and encouraging our professionals, both young and old, to grow and advance themselves within our society,” said retired Navy rear admiral Mark Handley, who served as host for the event. “He has distinguished himself among his peers for creating a culture of continuous learning, promoting personal and professional growth, and opportunity. He has provided leadership, guidance and active coaching that has shaped the careers of senior leaders in the Air Force and those who have transitioned into the private sector.”

“I enjoy mentoring the next generation, building high-performing teams that push the envelope, and I will continue to work hard and build trust-based relationships,” said Parker, who retired from the Air Force Reserve as a lieutenant colonel in June 2006. "We are all members of a professional military armed service which happens to be the most powerful Air Force on the planet. Serving and being part of something ‘bigger than yourself’ is both personally and professionally rewarding.

“I am sincerely humbled and honored to receive this prestigious Society of American Military Engineers national award recognition,” he continued. "I can think of no better challenge to our engineer leaders to mentor our next generation. I have learned so much from our senior leaders over the course of my career who took the time to mentor me, and now it’s my turn to do the same. Mentoring is both personally and professionally rewarding and our Air Force and nation will be better served by it.

David Perkins was inducted into SAME’s Academy of Fellows during the investiture ceremony at which Parker was honored.

SAME bestows the designation of fellow on SAME members who have rendered dedicated and outstanding service to organization and to the architecture, engineering and construction profession. Today, there are more than 800 members in the SAME Academy of Fellows.

Perkins, who joined SAME in 2003, has held numerous leadership positions in the society including president of the local Kittyhawk Post Board of Direction.

A former director of the 88th Civil Engineer Group, Perkins led the critical facility and infrastructure repairs and the new construction required to support the base’s diverse missions and strengthen national security. His accomplishments as a member of SAME have been particularly distinguished, fostering collaboration and discussion between post members of government and industry to the benefit of the military engineering community.

“The strong professional values of the Society of American Engineers are known worldwide and are strongly aligned with my own professional values,” Perkins said. "It is truly an honor to be inducted as a fellow in this society that recognizes the hard work and commitment of engineering professionals that spend a career developing and mentoring others to the betterment of this time-honored profession.

“We work hard to collaborate with government and industry alike as partners verse adversaries to advance science, technology engineering and mathematics concepts to sustain our profession and advance society. Finally, to stand beside some of the smartest minds and truly honorable people is personally rewarding and validation of more than 20 years of commitment to the engineering profession,” he said.